This is a fairly large and sophisticated music editor and synthesizer which I started working on in April 2006. It was originally intended as a tool for helping my brother learn composing, and to satiate my need to write a good piece of music software. As it stands now it’s very useful and dare I say intuitive. Both my brother and I use it very frequently. All the music for my latest projects were made in musagi, and I’ve included a few of the songs as examples in the zip file. There are also mp3 samples available at the bottom of this page.

Download it and have a try if you’re interested. Be sure to read the included HTML documentation and study the demo songs. This is still technically a non-public version, but I’m putting up a page about it here mostly to get myself to finish it off and release a 1.0 version. When that’s done I’ll make a dedicated site for it and mention it on various music forums to hopefully get a bit of a user base.

The config file layout might change between versions, so you typically can’t just plop down the new exe in the old program folder and use the old config. If you just delete config.txt, it’ll be replaced with a default one the next time you exit the program. 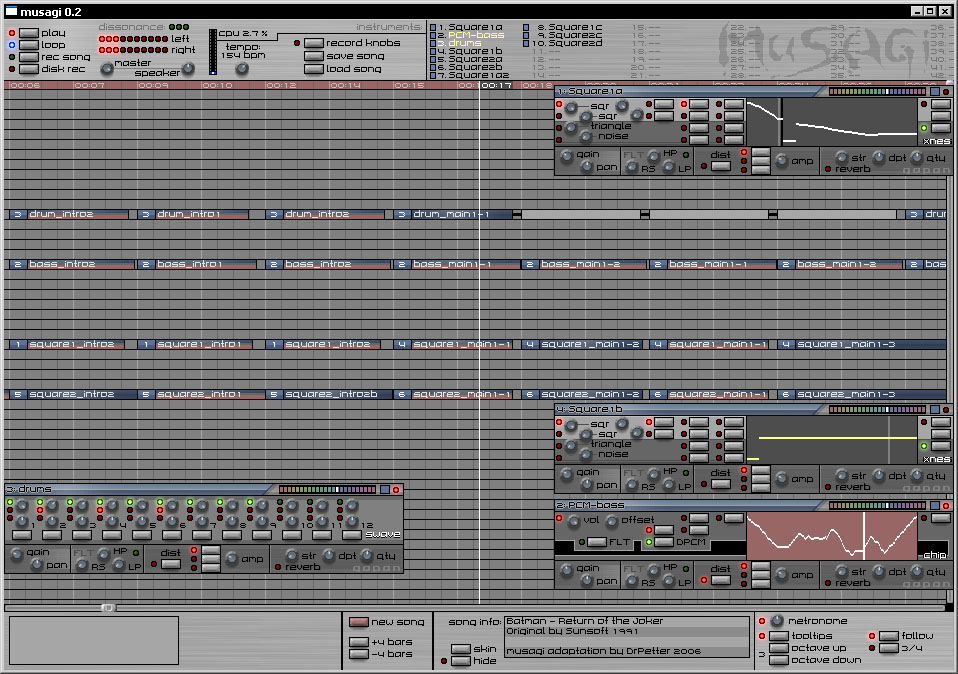